Youth baseball instruction guide by former MLB player Dan Gray who was drafted by the Los Angeles Dodgers as a catcher. Includes praise from numerous baseball luminaries including Joe Girardi and Bernie Williams. Dan’s love of baseball started way back when he was a Little Leaguer in the Bronx, NY. His passion for the game continued through his high school years at The Bronx High School of Science where he was selected to the All-City team his senior year. It was during his collegiate experience at Binghamton University where he became the first player in school history to be chosen for the amateur draft, when the Los Angeles Dodgers selected him in the 7th round.By most accounts, the Los Angeles Dodgers were considered the premier teaching and player development organization in all of baseball at the time. “The Dodger Way” of playing the game became the foundation and focal point for Dan’s instructional template following the end of his playing career.Currently, Dan is the owner of the ProSwing Baseball & Softball Training Center in Mount Kisco, NY which opened in 2002. The second ProSwing facility, opened in 2009, is located in Port Chester, NY.“The daily mission is to create a comfortable learning environment that enhances knowledge and passion for the game and accelerates personal satisfaction and growth. Every day I use baseball as the vehicle to improve each player’s self-esteem in helping become the best player and person possible,” says Dan.To date, Dan has been quoted in many outlets such as The New York Times, The Westchester Business Journal and The Journal News. In addition, he has been a featured guest speaker on CNN, WFAN, ESPN radio, WXRK and New York 1. These outlets, along with his involvement in over 200 coaches clinics, have highlighted several of Dan’s favorite topics, such as player development, youth sports and parental involvement, youth baseball issues, steroids in baseball—youth perspective, off season baseball training routines, and many others. 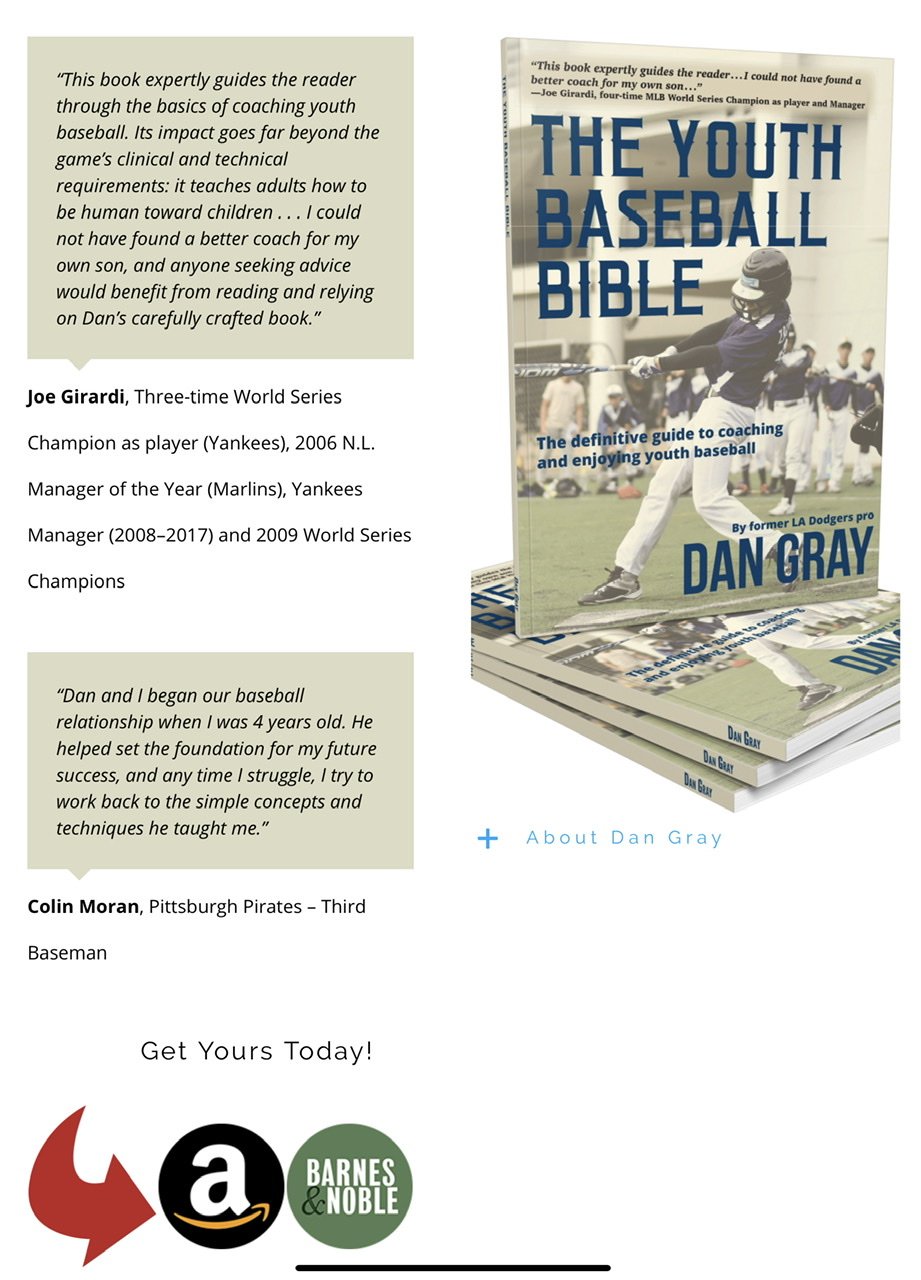