Join us on December 15th for a one of kind MLB-level hitting clinic with current Tigers hitting coach, Joe Vavra along with the ProSwing staff .

Joe will be focusing on all three aspects of hitting and giving individualized, personal attention to each hitter in the clinic.

There will be specific drills performed with tee work, front toss, and batting practice included. 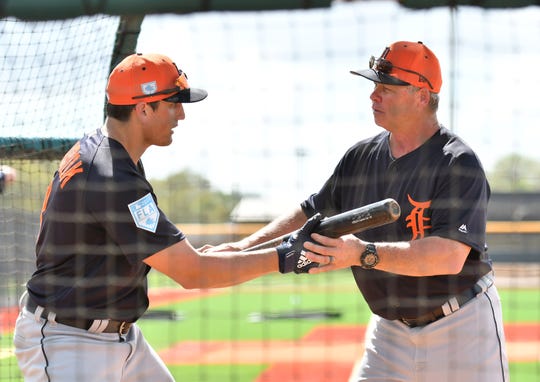 Before joining the Tigers organization, Joe Vavra spent 16 seasons in the Minnesota Twins organization, including the last 12 on the Major League coaching staff, most recently serving as the Twins bench coach from 2015-17 … Prior to becoming the Twins bench coach, he was the club’s hitting coach from 2006-12 and third base coach from 2013-14 … Helped the Twins capture a berth in the 2017 American League Wild Card Game, earning the organization’s first postseason appearance since 2010…the team also reached the postseason in 2006, 2009 and 2010 … Served as manager for the Melbourne Aces in the Australian Baseball League in 2015-16 … Worked as the Twins Minor League field coordinator from 2002-05.

Before joining the Twins, he spent 13 seasons in the Los Angeles Dodgers organization, the first nine as a Minor League manager for Rookie League Great Falls (1989-90), Single A Yakima (1991-92, 1994-97) and Single A Vero Beach (1993), before spending four seasons working in a variety of player development roles, including Minor League field coordinator (1998-99), Minor League baserunning/bunting instructor (2000) and as Interim Director of Player Development (2001) … Spent the 1987 season as a coach for Single A Sarasota … An eighth-round selection by the Dodgers in the 1982 MLB First-Year Player Draft, he played for five seasons in the Minors, hitting .288/.351/.347 with 110 RBI in 365 career games.